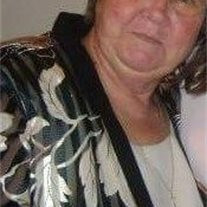 Ethel Faye Gill, 75 of New Castle, went to be with the Lord, Wednesday, February 24, 2016. She was a loving wife, mother, and grandmother. She was preceded in death by her parents Robert Bailey and Hattie Day; brother Virgil Bailey; 3 sisters... View Obituary & Service Information

The family of Ethel Faye Bailey Gill created this Life Tributes page to make it easy to share your memories.