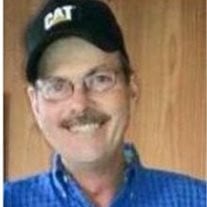 Lloyd Mullins, 48 of New Castle, went to be with the Lord Saturday, January 17, 2015. He was preceded in death by his father Farley M. Mullins; grandparents Ocie & Arthur Mullins and Burl & Gracie Blankenship. He is survived by his loving... View Obituary & Service Information

The family of Lloyd Mullins created this Life Tributes page to make it easy to share your memories.

Lloyd Mullins, 48 of New Castle, went to be with the Lord Saturday,...

Send flowers to the Mullins family.